There is a growing trend, or at least a growing noise in favour of eating locally produced food. The “locavores” as they are called, claim that 100-mile food is the way to a more sustainable agriculture and consumption. Is this approach realistic and could it be the model for the future? 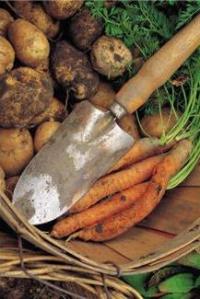 This movement is rather popular here in Vancouver, British Columbia. The laid-back residents who support the local food paradigm certainly love their cup of coffee and their beer. Wait a minute! There is no coffee plantation anywhere around here. There is not much barley produced around Vancouver, either. Life should be possible without these two beverages, should not it? The disappearance of coffee –and tea- from our households will make the lack of sugar beets less painful. This is good because sugar beets are not produced in the region. At least, there is no shortage of water.

But this is not all. There is no cocoa plantation around here, and believe me, there are many people who are addicted to chocolate. British Columbia does not produce citrus or other warm climate fruit. If we are to become locavores, we must say goodbye to orange juice, to lemons, to bananas. Even the so popular sushi must disappear because of the lack of rice. There are no rice fields in this area, and neither are there wheat fields. The Asian population certainly would have a hard time eliminating rice from their diet. The lack of wheat means no flour; and no flour means no bread, no pastries, and no cookies. The carbohydrate supply is going to be tough. If we must consume local, our lifestyle is going to change dramatically. Potatoes and cabbage is the way of the future. But before going all local food, the local locavores must realize that British Columbia produces only 48% of all the food its inhabitants consume. One out of two locavores would have to starve. Going exclusively local would also affect deeply the source of animal protein. Most of the animal feed is made of ingredients that come for much farther than 100 miles. The chickens and eggs would become less available. Farmed salmon, BC’s largest agricultural export could not use the type of feed they currently use, as fishmeal and fish oil come from Peru and vegetal oil comes from farms located far away. There would go many jobs with very little alternatives. If we look beyond food, other agricultural products such as cotton and wool would not be an option anymore. Cars would disappear, because the main component of tires, rubber, is not produced under this climate. The 100-mile rule will solve traffic problems. If local consumption is the rule for food, should not it be the rule for everything as well? China would probably have different views about this. Not only would their manufacturing collapse, but also if they have to produce food within 100 miles of the consumer, they would have to give up importing agricultural commodities. For them, a true locavore system would mean famine. The same would be true here in British Columbia. When people are hungry, they are not so picky about the distance from the producing farm.

The problem with concepts such as local consumption is that the basic idea has some value, but the idea quickly evolves into an ideology, and ideologies tend to make their followers stop thinking pragmatically. Today, the idea of eating locally in a place like Vancouver is possible because supply easily meets demand, thanks to the 3,000-mile foods. This is ironical. If the distance to market has to be within 100 miles, farmers in low population density areas, such as many regions of North America, South America and Central Europe, would have a different type of problem. They would produce an abundance of food, but because there are not enough people to consume it locally, the law of supply and demand tells us that the price of agricultural commodities would plummet, food would stay in storage and farmers would go out of business, while people in China, and in British Columbia, would suffer hunger. Clearly, the 100-mile diet needs some amendments.

Intuitively, it sounds logical that locally produced food has a lower carbon footprint than food that comes from 2,000 to 10,000 miles away. However, this is only partly true. The mean of transportation affects the carbon footprint. The environmental impact of transport is much higher for road transport than it is for rail transport, which is also higher than water transport. The type of transport also depends on the type of commodity brought to market. Perishables need to reach consumers as quickly as possible for shelf life reasons, while dry goods, such as for instance grains and oilseeds do not face the same kind of deadline. The quality of the logistics is also crucial to reduce the carbon footprint. A fully loaded truck is much more efficient than a local truck dropping small quantities in many places, thus driving around most of the time with empty space in the trailer.

The emphasis should not be so much on local as it should be about the search for efficient and low environmental impact. More than the distance from the farm to the consumer, it would be more useful to provide consumers with information about the actual carbon footprint of the products they buy. They would have the possibility to make the right choices. Retailers, too, would be able to make decisions about their sourcing strategies. Clean products and clean producers need to be rewarded for doing a good job. Here in Vancouver, local food products are more expensive than similar offerings from California, Mexico, Ecuador or Chile. How do you convince families with a tight budget to spend more for local products that look pretty much the same? This problem needs to be addressed. Currently, farmers markets are much about marketing. They sell the experience as much as their production methods. Only a wealthy minority can afford to buy on these markets. The prices are not based on production costs plus farmers income. They are as high as possible, because the farmers can ask these prices. The wealthy city dwellers are willing to pay a substantial premium above what they can buy from the local supermarket. In this relation farmer-consumer, the price bargaining does not take place. If these farmers were to try to sell to a grocery retail chain, they would never get the prices they get from the consumers who will not haggle about the price. This is why more farmers try to sell directly to consumers: they make more money that way. However, this might change in the future. A number of retailers are working towards offering “farmers market” products into their store. This already makes market farmers nervous.

Is local production for local markets the way of the future? My answer is that it partly will be and it partly will not. I do expect a shift of the location of production for perishables. Consumer habits will change, too. In the West, consumers have been spoiled. They can eat anything from anywhere at any time of the year. This luxury probably will not be affordable for long anymore. The superfluous will naturally be eliminated.

As the economics of energy, and therefore of food, will change, producers will increasingly locate their operations closer to cities; and even inside cities. Urban farming is a growing activity. Although it started mostly in poor neighbourhoods as a way of having a small patch of land for personal consumption, more sophisticated and efficient systems are being developed. My expectation is that production, and consumption, of vegetables and fragile fruit (for instance strawberries) will gradually become more integrated in the urban landscape than they are now. I also think that we will see animal productions, such as fresh dairy, poultry meat and eggs relocate closer to consumer markets. An interesting development is aquaponics, the combination of greenhouse produce with fish production in tanks. The production of non-perishables will not relocate. It does not have to. What will probably change is the transportation infrastructure in many areas where these commodities are produced.  This is good news for coffee drinkers and chocolate addicts. After all, transport of commodities over long distance is not just the result of cheap oil. The Silk Road and the spice trade by the Dutch took place before mankind even knew about oil. Trade has always been a force of progress for humanity. It helps an increasing number of people to have access to goods that make their lives better. The rules of trade may not always be fair, but like all human activities, it is a work in progress. Limiting our food supply to 100 miles would be a regression. Subsistence agriculture has not demonstrated that it could feed the world. Most of the people suffering of hunger live in subsistence agriculture areas.

(This topic is one of the many that are presented and discussed in my second book, We Will reap What We Sow)

For more on similar topics, please visit my other website The Sensible Gourmet