No, this is not one of those “are in a boat” riddles. Those who have read my articles or my book know that I like to bring some perspective by crunching numbers and double checking statements that seem beyond any discussion.

During National Agriculture Week held last week in the US, one of such statements popped up in most of the social media dedicated to agriculture: In 2010, one US farmer provided on average for the needs of 155 people, while in 1960 this number was only 26! 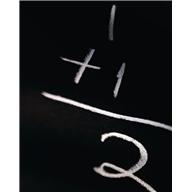 Of course, if you follow social media, you know that, immediately, the partisans, mostly in the Midwest, spread the good news as fast and as much as they could. To them, this number of 155 is the best proof that large-scale industrial technology and mechanization driven agriculture is the best there is, and US farmers are the best in the world! So that the world knows it this time!

That is clear. Or is it really? Then let’s look at the numbers a little closer and do some math.

Knowing that China became the first export destination of US agricultural goods since only last month, finally passing Canada and its gigantic 35-million population, I had some doubts.

First, one statistic that is not mentioned in the 155 per farmer is the total number of farms. This number dropped from 4 million in 1960 to 2.2 million in the latest (of 2007) census mentioned on the USDA website. Going from 26 to 155 would have been very impressive if the number of farmers had been stable, but this is not the case.

Instead of increasing 6-fold (155/26) as the fans try to make believe, the actual improvement of US agricultural production has increased only 3.3 times. Over a period of 50 years, this represents an average year-on-year increase of people fed by US agriculture of only 2.4%. It is higher than the average year-on-year increase of the world population over the same period, but it is not stellar, either. As an indication for comparison, the world’s food production has increased by 3% year-on-year over the same period.

This becomes interesting when comparing with other parts of the world. I choose India, because, it is often presented, especially in the Anglo-Saxon press, as a country that does not tackle agriculture properly. According to those articles, India should be a lot more like the US, going big and industrial, instead of keeping their large rural population.

India has 1.2 billion inhabitants, and statistics indicate that 200 million people are malnourished. This implies that 1 billion people are fed reasonably. Now, let’s compare another number that rarely appears in analyses. The population density of India is 10 times higher than the American population density. This means that if the US had the same population density as India, there would be 3 billion Americans, and only 341 million of them would have food. In such conditions, they would not eat much meat, they would not suffer from obesity and they certainly would think twice before growing food to feed their cars. If India had the population density of the US, there would be only 120 million Indians. India would probably be the largest food exporter in the world.

Maybe this comparison is not the best to make. After all, the Indian diet is rather different from the American one, and India still needs imports to feed its people. Let’s try something that is closer to America in terms of eating situation: the EU.

There rarely passes a day by without some article from a US industrial agriculture supporter that criticizes Europeans to resist the American model, especially GMO crops. According to the biased pundits, Europe is losing ground because of this shortsighted stubbornness. There again, some math can help. Once again, the population density will provide us with insight. If the US had the population density of the EU, there would be 1.1 billion Americans. Once again, that is much higher than the 341 million that US farmers can feed. As far as the EU is concerned, the region is self-sufficient, and in most European countries, the yearly per capita consumption of meat is close to 100 kg. There is no food security problem in the EU. In this case, we are not comparing meat eaters and vegetarians. Just as it looked that India was doing not such a bad job at feeding its people, the EU actually delivers a nice and enviable performance.

The math shows us that the number of people fed by one farmer is not a good indicator of the actual performance of the national agriculture. I would compare it with bragging about the number of horsepower in one’s car engine without looking at how far that car can take you. Gas mileage is more important. In the case of the US, the 155 only indicates that there are very few farmers, and that they have to manage very large farms. It is not an indicator of yields. Bigger, more intensive or more technology do not necessarily mean more efficient. It has to be the right size, the optimal level of intensification and the proper use of the right type of technology.

A much more relevant number is the number of people that one hectare (or one acre) of land can feed. With this indicator, the performance of the US is average. The key is the yield. In the case of wheat, which is grown in most regions, the yield in the EU varies between 6 and 9 tons per hectare, depending on the country. In the US, the yield is of only 3 tons/hectare, which also happens to be the world average.

What the math really shows is that the world is very diverse. It is diverse from demographic, economic, sociocultural, climatic, agricultural points of view. Agriculture is not mechanics. It must consider all these parameters and be adapted to the specific environment to meet food demand optimally. There is no universal model, and there does not need to be any. We simply must focus on producing high yields in a sustainable manner, meaning that this performance can be repeated indefinitely for the generations to come. To grow food, we need good seeds, fertile soil , proper financial resources and skilled farmers!