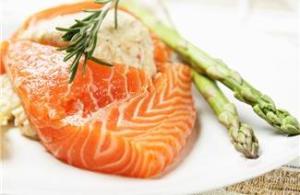 If there is a never-ending feud in the food industry, the one here in British Columbia (BC) about farmed salmon certainly should be put on top of the list. The fight between salmon farmers and environmentalists has been going on for as long as the industry has been around, and it looks as if it will keep lasting for a long time to come.

In previous articles, I have addressed some of my views about the poor perception of some areas of food production and the inability of the industry to connect. The BC salmon industry certainly seems to have difficulties to fight this battle.

I still do not quite understand why they have such a hard time. On the other hand, maybe I just do know too well why.

The controversy is much fiercer in BC than it is in other farmed salmon producing countries. Perhaps, this is because BC farms salmon in the only region where wild salmon is still quite abundant, and this region of the world is still a direct interface between wilderness and human activity.

Opponents of salmon farming came out last week with “superheroes” who were going to put things right of course. Here is their website. Clearly, some people have a lot of imagination. Another PR event was the release, also last week, by the salmon farming industry of a 30-minute video, titled Silver Harvest,  that would put things right of course. Here is the link to Silver Harvest. These two recent PR activities made me come to write the following lines.

I have not so much to say about the superheroes stunt, except that their creators are a bit short on sense of humor and of creativity. Captain Condom? Batman and Spider-Salmon? Come on, anyone can do better than that.  Since they are there to save the wild salmon, the least they could have done is to give the names of the wild Pacific salmon. I had expected Captain Sockeye, Lady Pink, King Chinook, Mighty Coho and Superchum instead. Unless they are stuck in teen years, they sound more like Halloween pranksters.

The industry video was announced with lots of fervor by industry tweets and I was curious to see if finally they would reach the hearts of the public. There, too, I ended disappointed. After a good start, a farmers’ crew sailing to the farms, I thought they would glorify the farmer’s job by showing a typical day at the farm. Not really. The video then focused about how many mistakes the industry made in the past, making me think that, after all, the industry opponents were right to be as active as they had been. I am not going to go in details about a number of statements that made me raise my eyebrows. I prefer to express here what I would like this industry to communicate, instead of the constant defensiveness, the constant reference to facts and science that do not interest the public. Is this video aimed at the public? I am not sure it is, and I am not sure it should be. Who are farmed salmon consumers? For BC farmed salmon, they are mostly North American consumers, and to a lesser extent Japanese and other Asian nationals. Are these consumers concerned about the type of containment system? Hardly. They hardly care where the fresh salmon they buy in stores comes from. With Chile’s ISA epidemics problem that about decimated their production, consumers shifted to Norwegian and BC farmed salmon massively without any further concerns. When Chile’s production returns to previous levels, they will switch back to Chilean salmon just as easily. One of the most important criteria for consumers is the price in the store. Most consumers have no idea how farmed salmon is produced. Only a tiny minority of consumers know, and those who allegedly care do not eat farmed salmon anyway.

I would have liked to see the video showing all the tasks carried out on a farm. I would have loved to see the camera follow a farmer explaining what viewers could see going on on-site, explaining them what they do and why they do it. I would have enjoyed seeing the pride of being a salmon farmer and of providing people with food. Farms employees are good people who want to do a good job that is meaningful to society. They should say very clearly once and for all that they do not accept to be stigmatized and ostracized. They are family people. They have kids to feed and to bring up. They must make clear that no group of society that has the monopoly of morals and ethics. They have to say that enough is enough, and that they deserve respect, even if some do not agree with what they do for a living. A couple of years ago, an email from one of the environmentalists stated that “it is so much fun to torment the salmon farmers”. Harassment is not a sign of superior intelligence. Salmon farmers must also state that if people have ideas to improve production while also ensuring economic activity, they are open to suggestions, but that only constructive and productive criticism is acceptable. The public would understand that.

I wish the video had shown all the steps of production from the egg to the delivery to the final consumers. The content would have been similar, but it would have told an enthusiastic story that could have ended with a group of friends having a blast at a barbecue party with some farmed salmon on the grill. They could have addressed the very same topics but, instead of vague statements of being sustainable, responsible, etc…, well the usual politically correct stuff, they had the opportunity with Silver Harvest to show specifically the precise actions that they have taken, and demonstrate the improvements they made. Thus, the viewers would have seen firsthand the daily activities that ensure that the fish they produce indeed meet all the standards that they claim to use. That does not really happen in Silver Harvest. Instead, I got to listen to a list of topics without real cohesiveness between each other and the announced purpose of the video. People do not like to be told how they should think. They love to come to the conclusions themselves. They do not like being lectured. The public is not stupid, just ignorant. After all, no group has the monopoly of knowledge and science. In Silver Harvest, the speaker who, in my view, would reach the public’s hearts is Richard Harry, President of the Aboriginal Aquaculture Association. He made such a clear and strong plea for the communities that depend so much on aquaculture for their livelihoods.

Too few consumers have a chance to visit a salmon farm, especially considering how far away from farms they live. The camera could have been their eyes. Most people with whom I have talked about farmed salmon in Vancouver simply tell me that they know nothing about salmon farming, but they hear “things”. I always enjoy telling them how farmed salmon is produced, about the good things as well as the areas for improvement. After such a conversation, they usually look at the issue with a different perspective. They are interested in learning more, but they need to know that they can trust the one telling them the story.

Talking spontaneously from the heart about one’s passion is what reaches and wins others’ hearts the best.