CNN: In-vitro meat – Would lab-burgers be better for us and the planet? 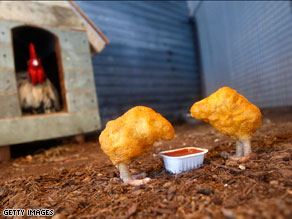 Here is an article I found on CNN about in-vitro meat. Of course at this stage there is no way of knowing whether this has a future or not.

There are some interesting arguments brought up in this article, that can make some think that in-vitro meat is a possible alternative. Yet, they do not mention anything about the cost of producing meat in such conditions, but my guess is that it will not be cheap, and certainly not cheaper than the lesser meat cuts it is supposed to replace; and the production cost of in-vitro meat is probably its main challenge for future marketing purposes.

My view is that animal protein will become much more expensive in the future (see my previous article “The future price of meat and fish: up”), and that Westerners do not need to eat as much meat as they currently do, anyway.

The irony is that in-vitro meat has the support of some environmentalists, while it depicts a situation where humans would almost not be in touch with nature anymore when it comes to meat. So much for natural food!

I will leave it up to you to decide what to think.

This entry was posted on Saturday, August 8th, 2009 at 2:54 am and is filed under Meat & Protein. You can follow any responses to this entry through the RSS 2.0 feed. Both comments and pings are currently closed.